The earthquake and the Tsunami in Japan in March 2011 has brought a ticking bomb with it, which I am afraid keeps ticking. It is not widely reported in the news, and I am in two minds about it. On the one hand, the situation will not be helped by many people going into a panic mode, knowing that they cannot do anything about it but rely on their government to put pressure on Japan to make sure that it takes every measure to contain the situation, and let update their own nation and international community about the true state of affairs.

You see, one of the problems is not lack of offers, but Japan’s desire to give an impression that they are in control, and a denial that they need for all the countries capable of helping to get together and develop a strategy for managing the situation, stopping the leak of highly radioactive strontium-90 into the ocean, and saving us all from disaster. In Japan, a number of restrictions exist regarding what can and cannot be reported in the news about the whole situation.

“Under a special state secrets bill expected to pass on Friday, public officials and private citizens who leak “special state secrets” face prison terms of up to 10 years, while journalists who seek to obtain the classified information could get up to five years…  “There are few specifics in the law, which means it can be used to hide whatever the government wishes to keep away from public scrutiny,” said Mizuho Fukushima, an opposition MP.  “In its current form, the prime minister can decide by himself what constitutes a secret.” ” Source

The US government official continues to deny the seriousness of the situation posed to the West Coast of the US especially:

“Experts have been trying to dispel worries stemming from a burst of online videos and blog posts in recent months that contend radiation from Fukushima is contaminating beaches and seafood and harming sea creatures across the Pacific.

Those assertions are false and the concerns largely unfounded, scientists and government officials said last week, because Fukushima radionuclides in ocean water and marine life are at trace levels and declining — so low that they are trivial compared with what already exists in nature.

“There is no public health risk at California beaches due to radioactivity related to events at Fukushima,” the California Department of Public Health said in a statement.”  Source

On New Year’s Day (nearly three years after the initial incident) operators of the Fukushima plant reported that “plumes of most probably radioactive steam” had been seen rising from the reactor 3 building. According to RT.com, “the Reactor 3 fuel storage pond still houses an estimated 89 tons of the plutonium-based MOX nuclear fuel composed of 514 fuel rods.” Unfortunately, high levels of radiation inside the building make it nearly impossible to determine the source of the mystery steam. Although TEPCO, the plant’s operator, claims there’s no increased danger (small comfort from the people who admitted to the world that they have no control over the situation), most agree that the plant is just seconds away from another disaster.”  Source

The water from Fukushima leaks into the ocean.  Once there, it is spread all over. However, the first radioactive blow comes to the surrounding countries. West Coast of the US and Canada are among the two major recipients of it.

Here are some more statistics

“Just days ago, snow falling in Missouri was found to contain double the normal radiation amount. No snow where you live? You’re not out of the clear yet. Early in the New Year, Infowars reported on a YouTube video that showed background radiation at a Coastside beach reaching over 150 micro-REM per hour. Health officials in San Mateo County confirmed the spike but remain ‘befuddled’ as to its cause.”  Source

“Fish, especially salmon, must migrate through the radioactive plumes coming off Fukushima before being harvested on North American coasts. Some believe this represents an eventual health crisis, and that it’s no longer safe to eat fish from the Pacific Ocean.” Source

“Nuclear radiation at the boundaries of the stricken Fukushima power plant has now reached 8 times government safety guidelines, TEPCO has said. The firm has been struggling to contain radioactive leaks at Fukushima since the onset over the crisis in 2011.” Source

“Experts estimate that between 20 and 40 trillion Becquerels (a unit used to measure radioactivity) of tritium have been released into the water since the accident in 2011.”  Source

“Earlier this year, Tepco lost power to cool spent uranium fuel rods at the plant after a rat shorted wiring at the plant.

In the latest incident, containment areas surrounding 12 of 23 groups of tanks overflowed, with one of them containing Strontium-90 as highly concentrated as 710 Becquerels per litre – 71 times higher than the level set by the company as safe for release.”  Source

“The government now says it is clear that 300 tons (71,895 gallons/272,152 litres) [of radioactive water] are pouring into the sea each day, enough to fill an Olympic-size swimming pool every eight days.” Source

How to Protect Ourselves from Radiation

So, how to protect ourselves from radiation?  We could and should demand regular access to unbiased information from our governments, to make sure that we are aware of what is happening with the food and environmental control in the countries we live in, and how thoroughly the situation is being monitored by environmental and food agencies.

As far as protective measures are concerned, we have 2 options

Here are some of the things we could do to help ourselves to reduce the effects of radioactive exposure on the body:

In my next article, I will write in much more detail on how to protect ourselves from radiation with clays, by describing how clays work with the environment they are in. In the meantime, please feel free to leave comments, ask questions.

Learn how to do mineral treatments on yourself and/or your clients.

Need to buy minerals? Send us an enquiry.

Take a look at my books where I describe how minerals – salts, muds and clays – help us heal. They are some of the best remedies for our joints. The resorts where people go to get help with arthritis are the most solid proof that they work.

​Find out how salts, clays, muds, zeolite & diatomite can help you heal. Enter your details below to claim your FREE report. 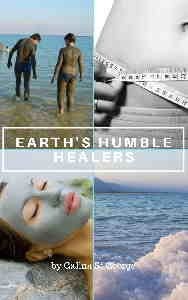 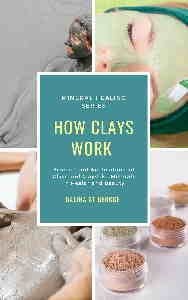 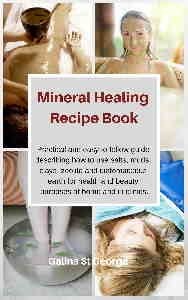 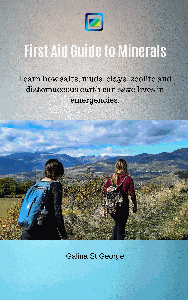 Pure Nature Cures is a participant in the Amazon EU Associates Programme, an affiliate advertising programme designed to provide a means for sites to earn advertising fees by advertising and linking to Pure Nature Cures (Amazon.co.uk/Amazon.de/Amazon.fr/Amazon.it/Amazon.es)
This site uses cookies: Find out more.